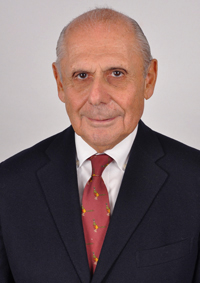 Education
I am a graduate of New York University and the Brooklyn Law School.

I am a member of the American Academy of Matrimonial Lawyers. I have been named a “Super Lawyer” every year that designation has been awarded. I have received the “Preeminent AV” designation by Martindale Hubbell a rating which is the highest rating given to an attorney. I have lectured on matrimonial law, appeared on television, and been interviewed and quoted in magazines and newspapers with respect to my thoughts and opinions as an expert in matrimonial law and current matrimonial matters.

During the years of my practice I have been selected by judges, attorneys, professors of law and well-known personalities to represent them in their family law matters. I have represented clients in all walks of life and of diverse means.

Family law issues are difficult for all involved. Even among the most well meaning of persons family law matters are can be extremely stressful. The stress of family law matters is built in. It is my goal to help you and to reduce the stress of the family law matter in which you currently find yourself and facilitate an agreement or resolution of your matter with a clear understanding of the issues and the law governing your rights. I am hopeful that if at all possible to engage in what is often called alternate dispute resolution which includes negotiation between attorneys, mediation, collaborative law, arbitration, but if necessary in protecting your rights I will seek a courts intervention.

If you would like more information about me or a consultation please do not hesitate to call me at 212 752 1900 or email me at bgp@bpostlaw.com.

Honors
I have been elected a “Super Lawyer” in every year and have appeared in the Super Lawyer magazine each year as a best lawyer. I have been named as AV Preeminent in the Judicial Edition of Martindale Hubbell which describes that award as “Highest Possible Rating in Both Legal Ability & Ethical Standards” and which reflects the “confidential opinion” of both the judiciary and lawyers in a peer review process. I am a member of and have served on the Board of Manages of the American Academy of Matrimonial Lawyers New York Chapter.
Education
I am a graduate of New York University and the Brooklyn Law School.